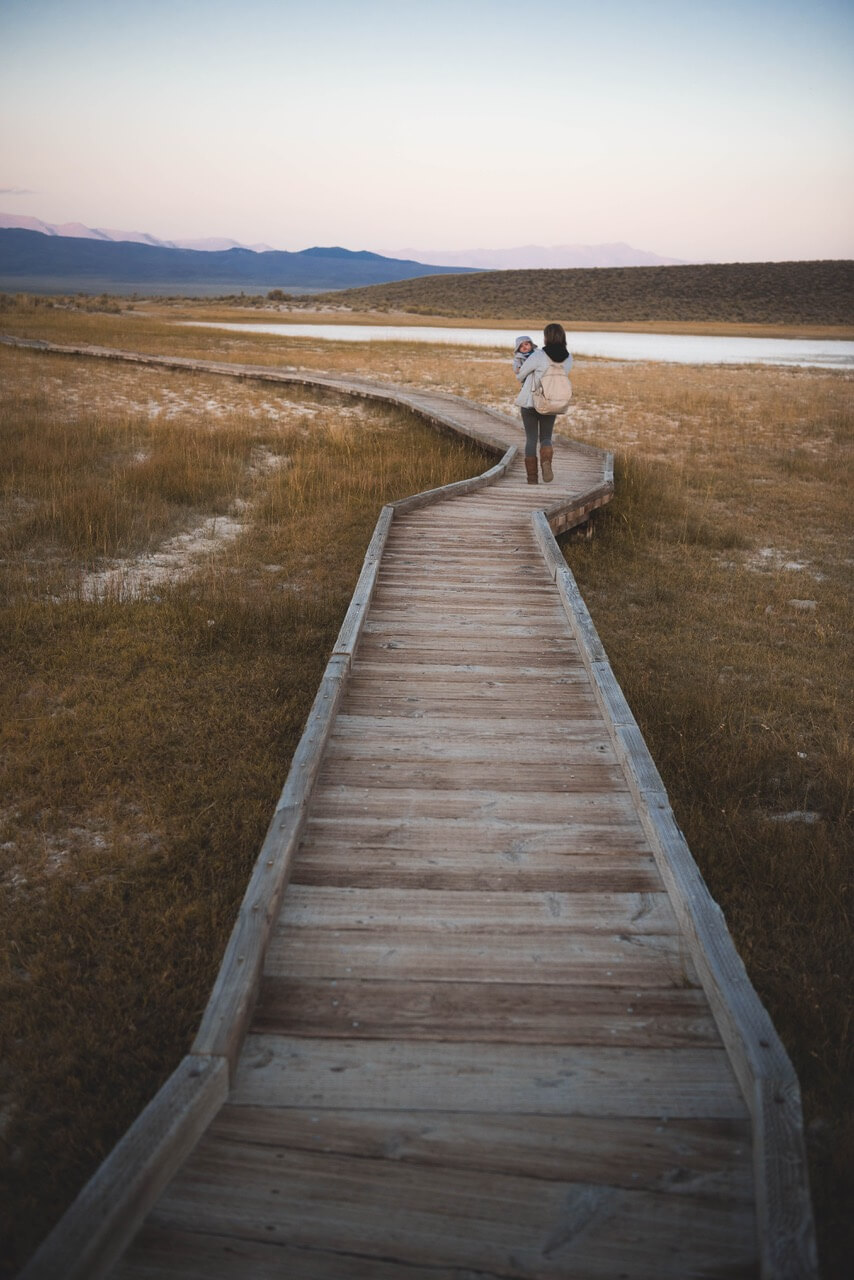 Motherhood is hard.  In fact, it’s way more than that.  It’s hell at times.  It’s the worst, hardest most hateful thing some days.  Yes I have vocalised (mostly to my dog) that, at times, I hate being a parent.  Shock horror! But it’s true and it feels horrendous to admit.  Whether it’s a crazy bedtime, my child telling me they hate me or they point blank refuse to get dressed to do something they want to do (like a trip to the fun fair) which ends up in an epic meltdown by me and them!

At times, Motherhood has ripped through my heart and spread the entire contents on my living room carpet.  Motherhood isn’t the fairy tale I thought it would be. It isn’t just children giggling, family cupcake making and twee moments at bedtime.  At times it’s ugly, raw and really f*cking real. There’s anger from adults and children alike.  Shouting from big people and small ones. Crying from me and tears from them.  It has been the place that brought my midlife meltdown spiralling on to the kitchen table with an almighty crash but it has also been the place I have found my medicine, intense healing and believe it or not, relief.

I was a calm, together kind of person before I gave birth in 2012.  I hadn’t really experienced anger – it took A LOT to push my buttons.  But boy, once the little ones arrived, my control issues were out of control ,  I had anger at my old life slipping away from me, resentment at my present situation, negative views on my parenting abilities )even if I had given the best of me that day), guilt for thinking negatively about my life, pain from the guilt, shame for thinking negatively, guilt for the shame and shame for the guilt,  and the vicious circle goes on.

Let me get it clear, this is not to damn my children for existing, quite the contrary.  If I hadn’t had them, I would be a dribbling mess, failing at life and crying to all that would listen.  My kids were my catalyst for change.   They have been the greatest gift and biggest blessing to me because they have shown me the pain that I have unconsciously been storing in my heart. They have shown me the way, and helped me to release it.  They brought up my past hurts, feelings of abandonment, loneliness, beliefs of not being lovable, feelings of neglect, lack of trust and complete lack of worthiness all to the surface.  When I had my son, he showed me I needed to do work on myself and my daughter confirmed what work needed to be done.  There have been times when I see their loneliness or anger and it has triggered the exact same thing in me – like the times my daughter has felt excluded by boys (as a child I felt left out of my brother/father dynamic) or when my son has feared school because he is worried about fitting in (I used to be the same).

I know i’m not alone about how I have felt as a parent. You can blame your kids (I have) for being out of control, mental, hypersensitive but, it wasn’t my kids, it was me.  It’s not your kids, it’s you.  Our own childhood determines our experiences as a parent.  It’s not that parenting is hard but that you are overwhelmed (not with the now) with an overload of emotions from the past.  You’re tired, not because your kid gets you up at 6am but because you’re tired of feeling like you do and for carrying these feelings since you were a child.  You’re not so busy because you have kids, you have learnt to busy yourself to avoid feeling, feeling your pain from the past.  With kids, it’s your pain you are witnessing in them, not theirs.  It’s your anger you see in them, not theirs.  Our children are our greatest mirror – and they are here to reflect back at us what we least want to see and let alone feel.  They say that we are only as happy as our saddest child. They say that the child that feels deeply and vocalises it, is the one brave enough to show you what you don’t want to see.

There wasn’t one particular moment that I realised I was losing it, like leaving my son in the supermarket and forgetting he was there.  It was a slow meltdown, mostly of my nervous system.  After a day as a mum, like many, I would be exhausted and emotionally frazzled.  I would give everything in my day to my son, take him to rhyme time, then the playground, then feed him home cooked food, love him, cuddle him, wash him, tidy up after him and the list goes on.  So by the end of a day, I was beat.  At the weekend I would share a bottle of red with my husband but from Monday to Thursday I wouldn’t, and rarely now, touch a drop.

But, I would think about it EVERY. NIGHT. And I mean, EVERY NIGHT.

To the point that I thought, ‘Why do you think about it so much?’

I would joke with my husband saying, ‘If someone told me wine was good for me, I would drink it every day.’

But there was something more going on for me..My nervous system was spent.  My anxiety was through the roof.

My nerves were buzzing.  And I needed wine to calm them.

It wasn’t about my child, it was about numbing the feelings that were coming up.

Motherhood overwhelmed me.  Motherhood pushed my emotions to the brink.

Motherhood bought my stuff to the surface.

Motherhood was my catalyst.

When my husband gently guided me towards therapy, I didn’t hesitate.  I went with an intention: To be a better mum and wife.  But as this wasn’t about being better but realising why I wasn’t valuing me as I was.  I had an unrealistic expectation as me, as a mother and as a human being as a whole.  I was carrying around holdalls full of pain and sadness that was affecting my ability to be a present mum and instead I was consumed with overwhelm.

I have seen all the mummy vloggers showing the reality of having kids – food on floor, early mornings, no time for a good hair day, little makeup but what if we peeled away that top layer and really talked about the times you have been broken on the bathroom floor, not knowing how you will get through the day, or how the little human has pushed so many buttons that you have exploded uncontrollably and consequently felt extreme guilt for your words and the volume they were expleated at.  What if we talked about that?  And what if we really talked about that with someone who could help us?  Like a therapist or coach or whatever you want to call it.  This isn’t for crazy ones – it’s to help us lighten our load as women and strip off those unrealistic expectations of perfectionism.  This is about off-loading our pain so our kids don’t have to feel it.  This is about accessing our old memories so that our kids don’t have to use theirs to trigger ours.  Our wounds and patterns of behaviour carry through 5 generations until we look at them and we take responsibility for our hurts and pain so that our kids, friends and family don’t have to fall victim to our stuff.

I’m not alone, I know you have these moments too.  It’s not your kids.  Those mental tantrums that they are having doesn’t mean they are ready to be bundled up for a psychiatric unit, and when they hit you yesterday doesn’t mean they are going to be armed robbers when they grow up.  They are playing out your anger, your resentment, your frustrations it’s not about the present but from your past.  So it’s time we stepped up, ripped of the perfect parenting masks and got real. Real with ourselves.  If we are to help future parents, isn’t this about having real conversations about how it REALLY is and I mean REALLY is.  F*ck the perfect mother model (which I was a victim of), f*ck covering it up with humour and wit (although sometimes if you don’t laugh you might implode).  This is about really telling others how it is whether you have kids or not.  Whether you’re a mother or an entrepreneur or even both.

Motherhood was my catalyst for change, this is not unique to mums.  Our past pain and hurt can be triggered by a death, divorce, moving house, an affair and in my case a birth.  Women as a race are walking around with the burden of generations of pain, hurt and shame and we’re pushing ourselves to be this symbol of perfection (myself included) and it’s wrong.  We have to talk about this in order for change to occur and we need to be honest with our peers so that we can be the change.

Be the change that you want to see in your world and the rest will follow.